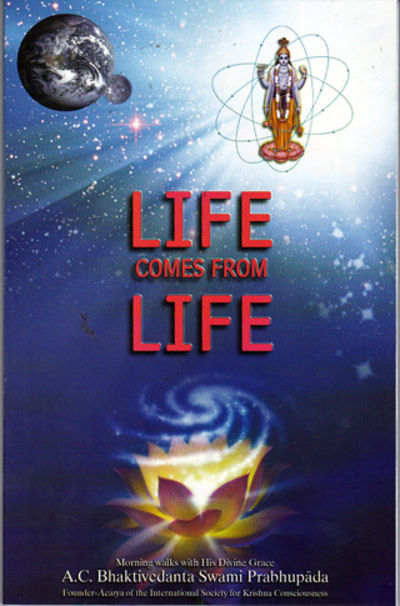 A critical look at widely-believed assumptions and theories held by modern scientists about the origin of life. For people who have come to accept every pronouncement of modern scientists as tested and proven truth, this book will be an eye-opener.Life Comes From Life is an impromptu but brilliant critique of some of the dominant policies, theories and presuppositions of modern science and scientists by one of the greatest philosophers and scholars of the twentieth century, His Divine Grace A. C. Bhaktivedanta Swami Prabhupada.